I have had a super week. It’s been busy and a struggle at times with the phone ringing none stop but to me it’s the start of many weeks to come as the beekeeping season is finally here.

Our apprentice sprained his ankle badly last weekend and was unable to bear weight which meant beekeeping was out of the question for  him. I was therefore dragged out of the office, believe me if didn’t take too much dragging, to help. It was lovely, I was in my element!

The weather was great, and working with the bees was wonderful; working with a hive of bees is like nothing else I have ever enjoyed so much. You get lost in your own world and when you stop and look around at where you are it’s amazing, there are bees flying, birds, other insects and wild animals and it’s just so relaxing and rewarding. 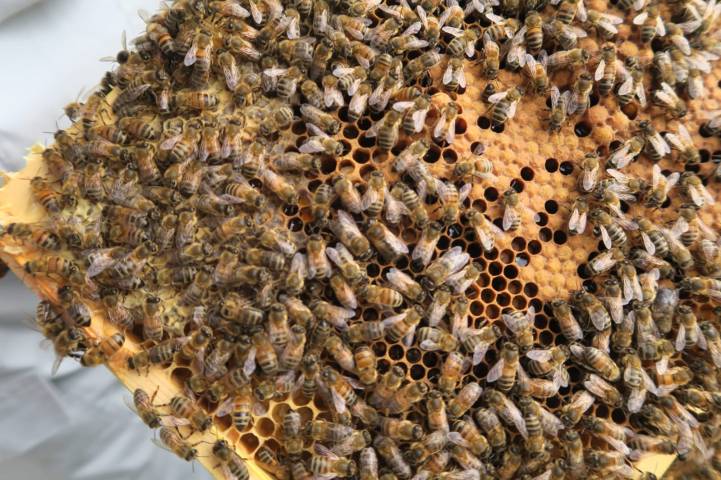 How lucky and I to have a job that I love so much. The thing with bees is you can’t rush them and all colonies are different. 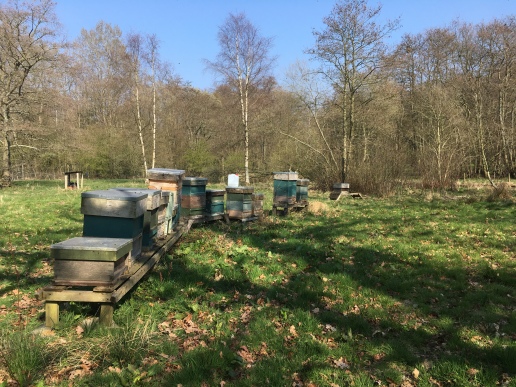 So, if you haven’t been able to get into your bees yet make the time whilst the weather is good.  Don’t guess that if one hive is OK the others will be too.  On the site Rob and I we were at on Friday we had some colonies that were worrying light on food and others that were packed so full the queens hardly had any room to lay.

The good news is that there was a good flow on at that site. We did lose a few colonies but overall they have wintered well.  We put on extra brood boxes where needed and as we saw drones already in some of the colonies we put a few bait hives out.  All unmarked queens were marked or re-marked if the marking was coming off.

Check your bees have space, but not too much.  If you are double brooded and the bees are only on a few frames reduce down to one brood box so that the bees have less volume area to keep warm.  If they are on single brood and packed out put a super above.  If you’re not sure if they are ready for a super a good tip is to put one on but put a sheet of newspaper between.  If they want access to the super they will nibble their way through.

If you find you have a colony that appears to be queenless and has possibly come through the winter queen less think long and hard about what you are going to do.  How old are the bees in the colony. Before you spend good money on a mated queen think about whether your bees have enough life left in them to rear brood. Winter bees live longer but how old are they already?  A new queen may come in to lay in a day or two of introduction but the brood needs to be looked after for 21 days and then when the brood does hatch out the young bees need to mature.  Will your winter bees really be up to the job or will they just ignore a new queen?

The other option is to boost your colony by adding frames of emerging brood and young bees from another colony.  This may work but how many frames do you need to add to make it viable and what impact will this have on your other colonies.  Would you be better to let your other colonies build up more and then buy a new queen in a few weeks time and make your own splits.  Some times robbing from Peter to pay Paul is counter productive and you end up compromising both colonies.

Remember to clean your floors if they need it.  You will inevitably have a few dead bees and other detritus on the floor and if you colony is still quite small they may not have enough house bees to do this job so this is one way you can help them 🙂

Forgot to mention that we did a honey tasting at Rosebourne Garden Center last week.  Our Cinnamon honey was very popular and I took baby Gabriel with me (the bear in the beesuit) 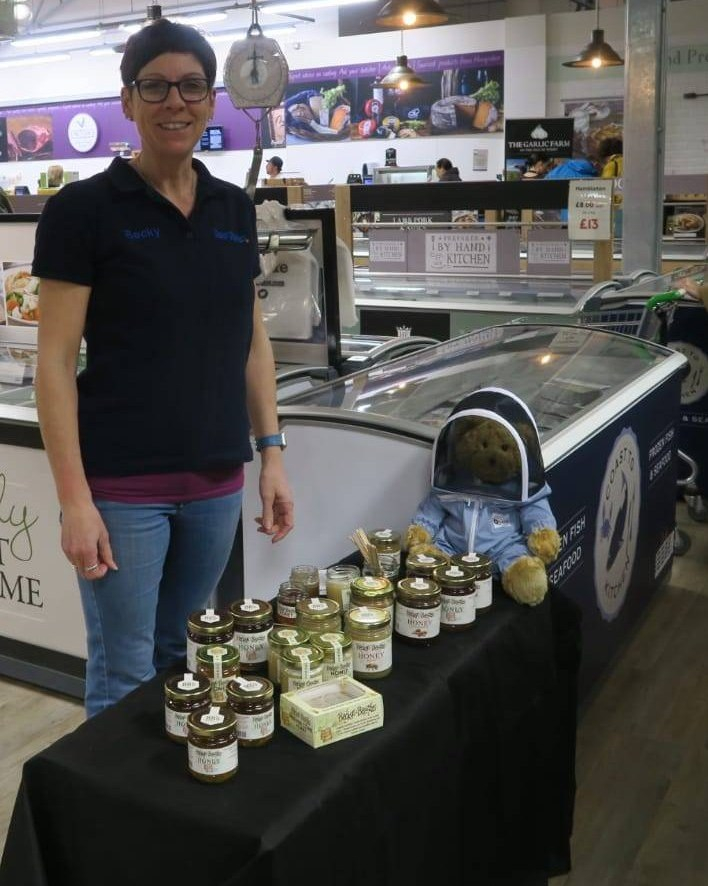